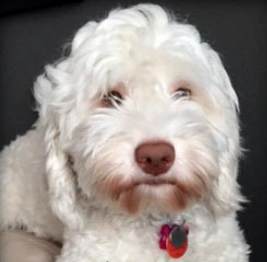 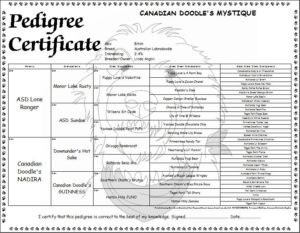 Mystique is a 3rd generation Canadian Doodles pup. She is the littermate to Rogue. Mystique extends from the original Australian Labradoodle lines. Mystique (and her brother, Rogue) is named is named after the X-Men characters to celebrate my son’s enrollment at St. Francis Xavier Univerisity – making him an X-Man.

Mystique lives in a guardian home with Cora, her cousin.